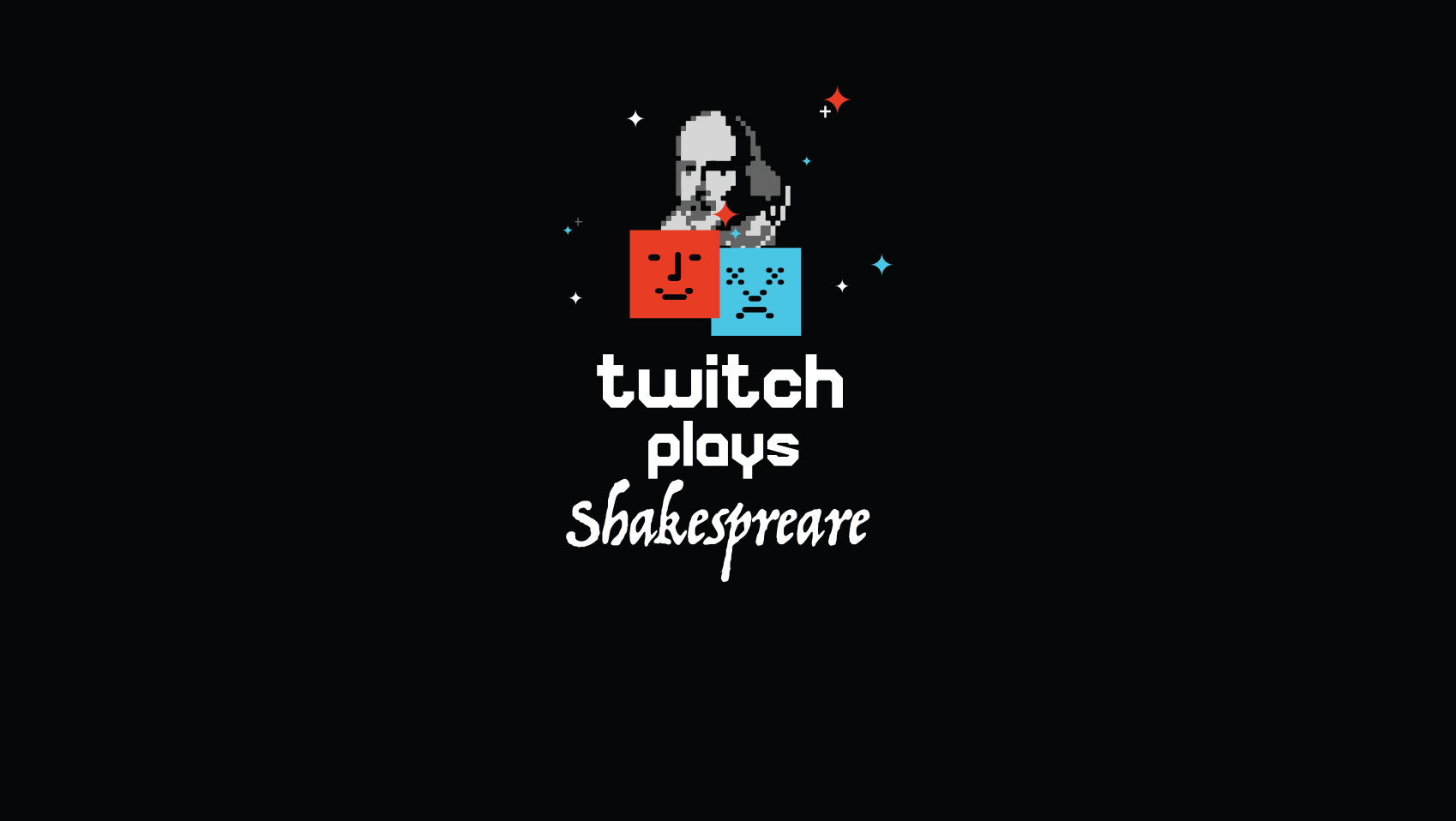 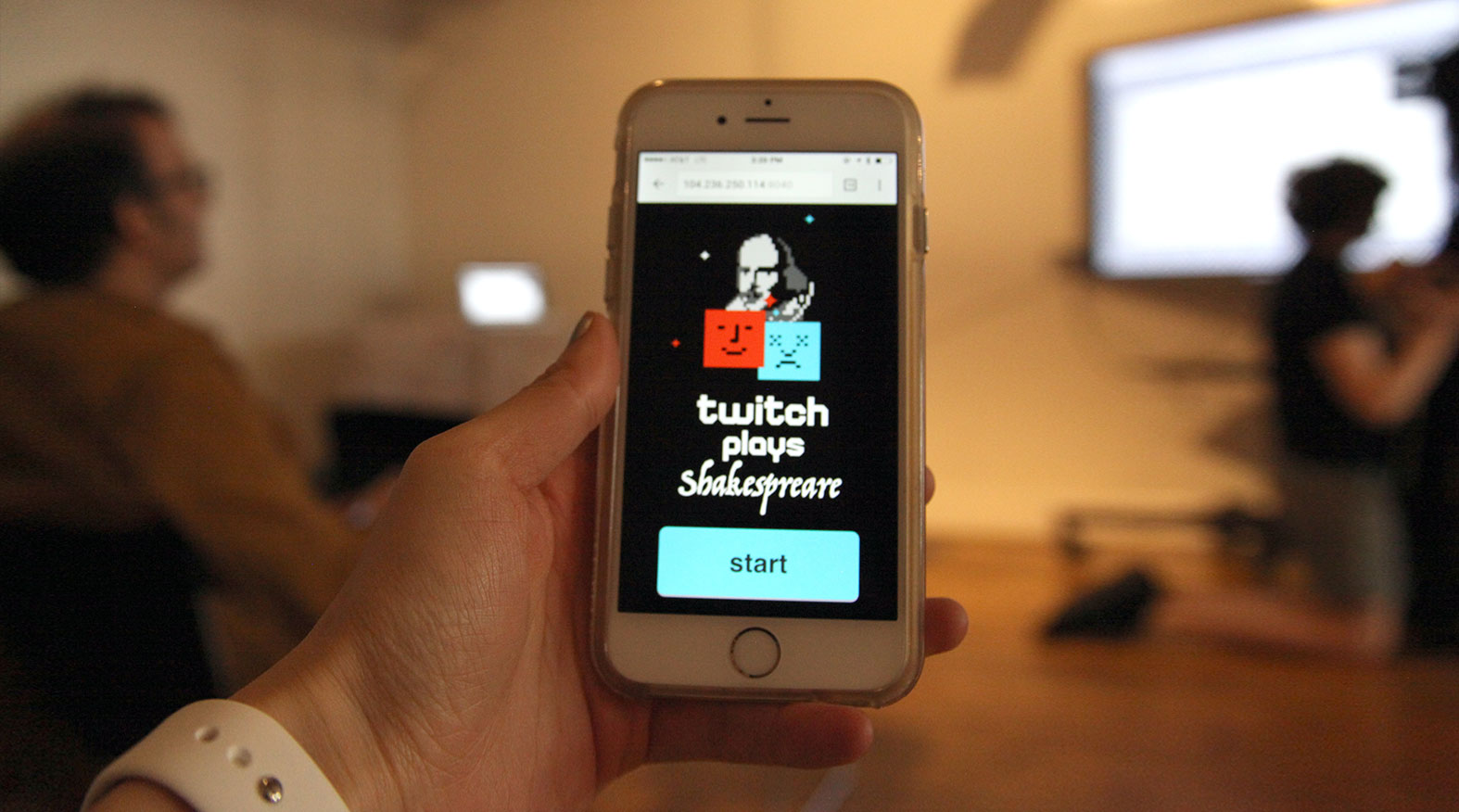 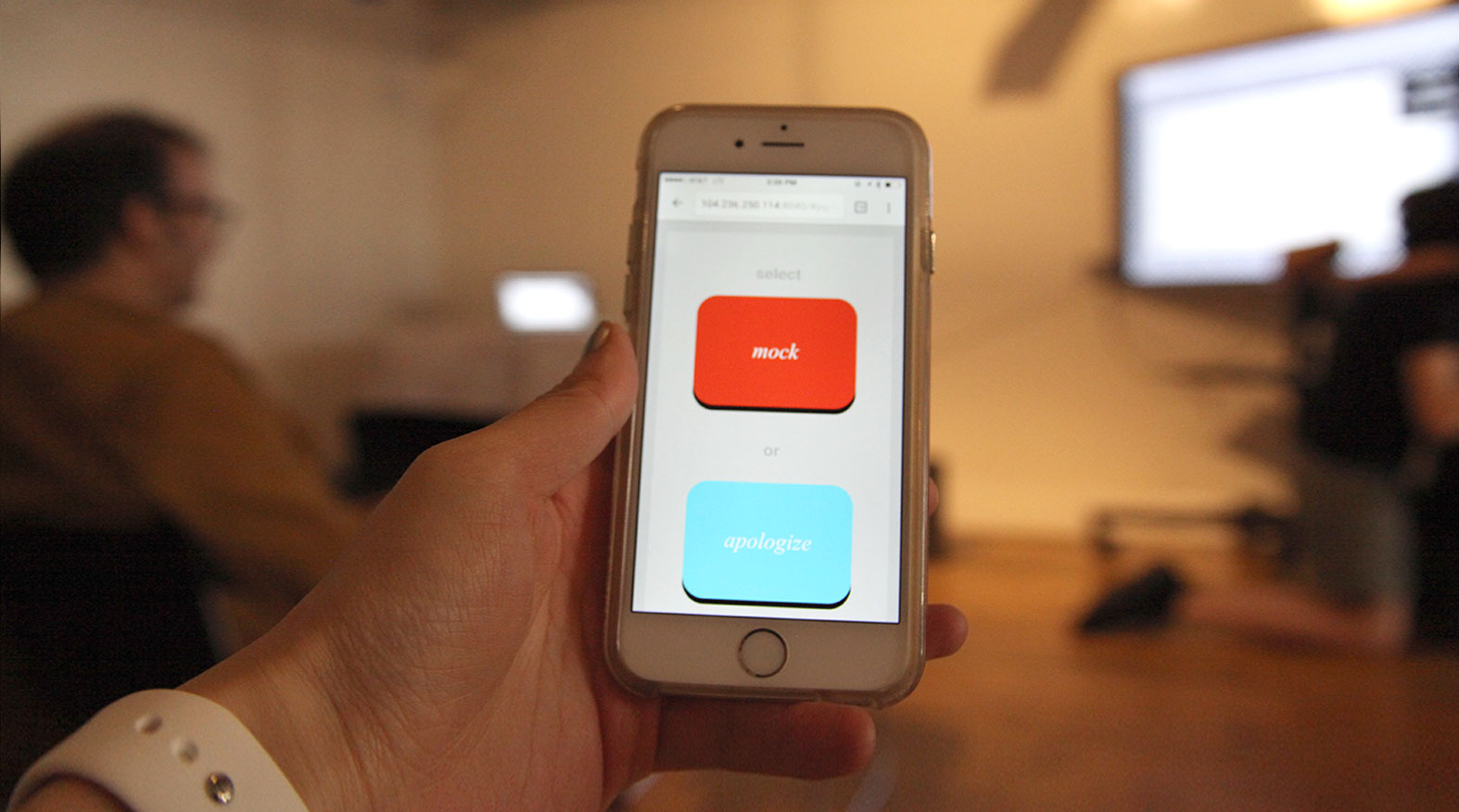 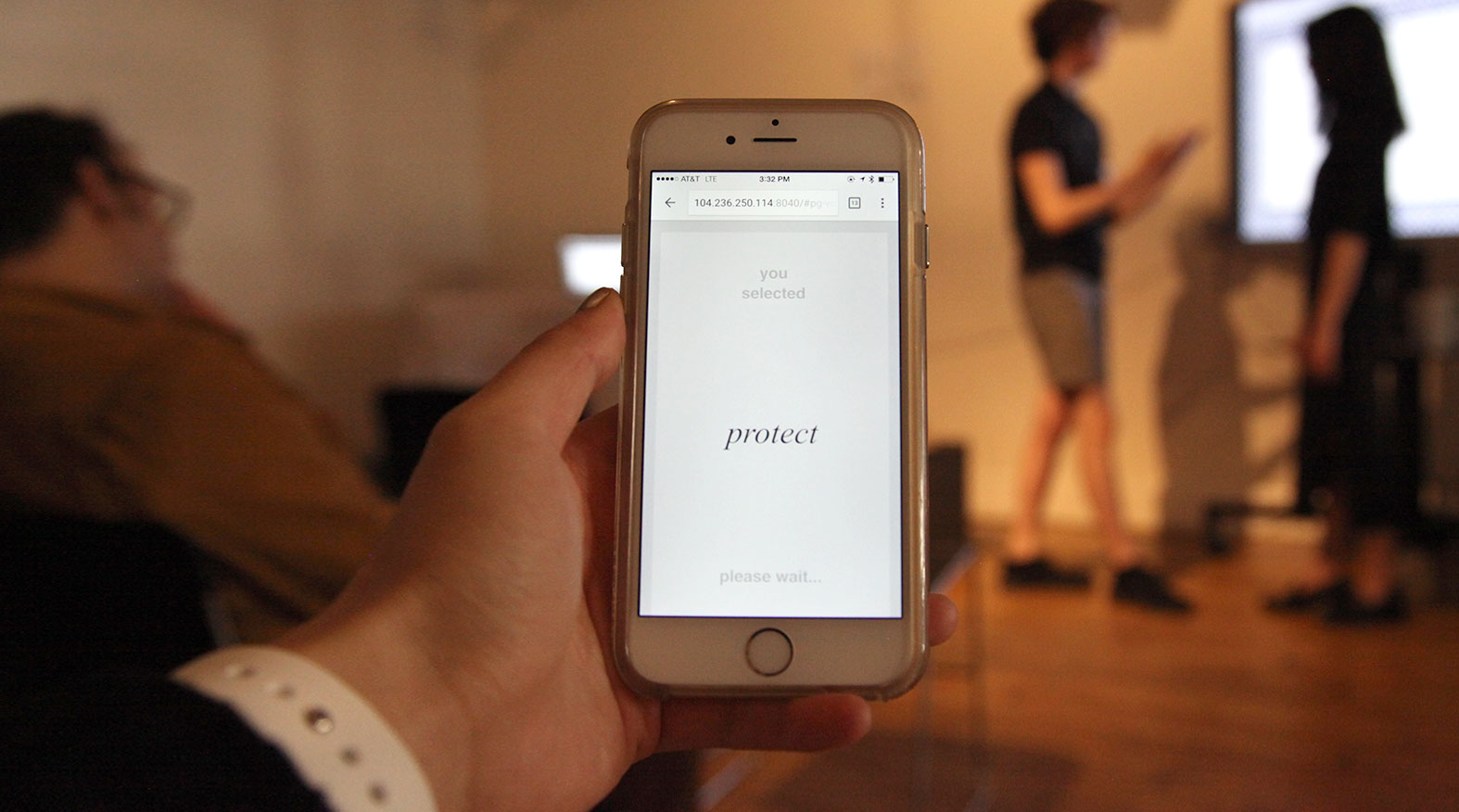 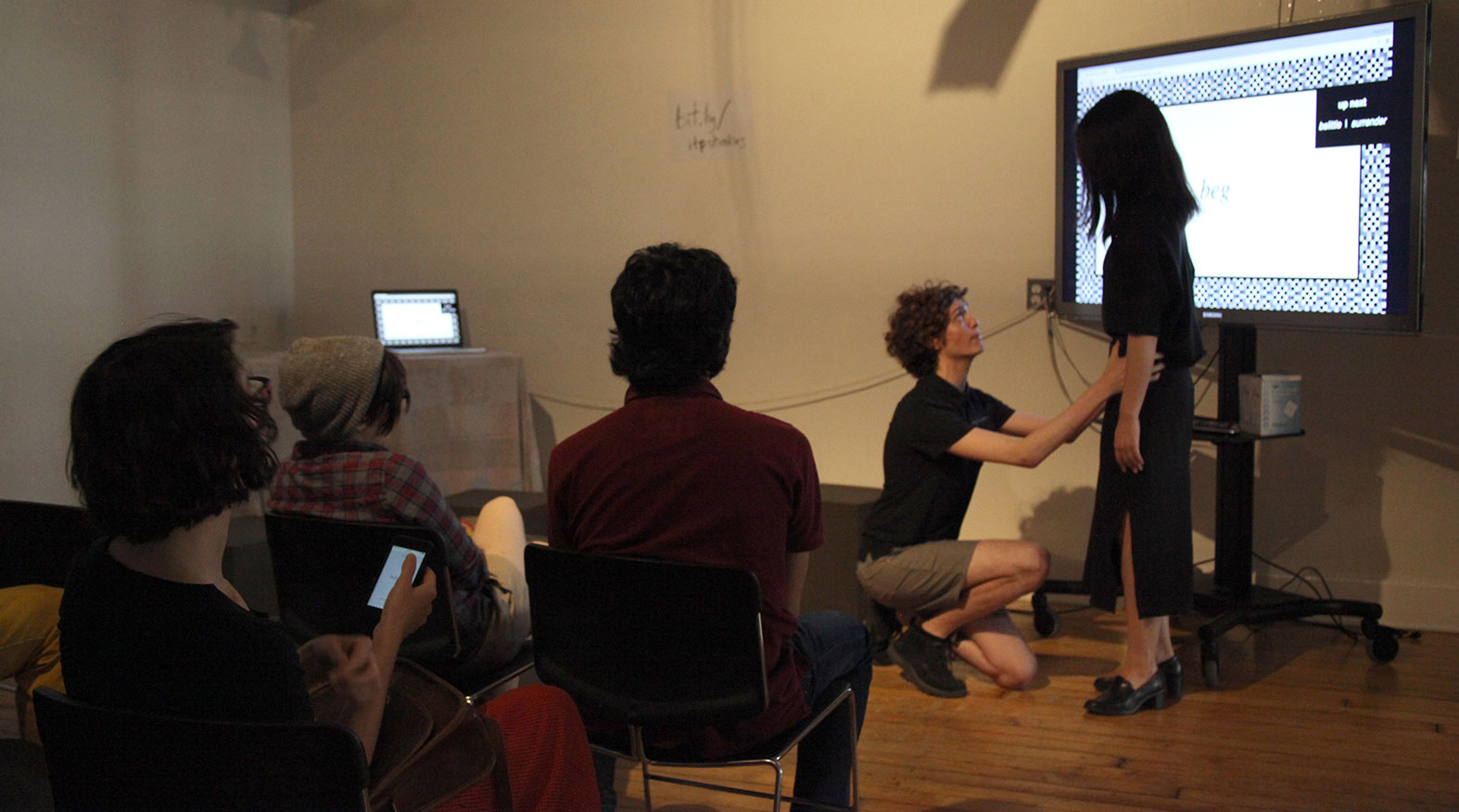 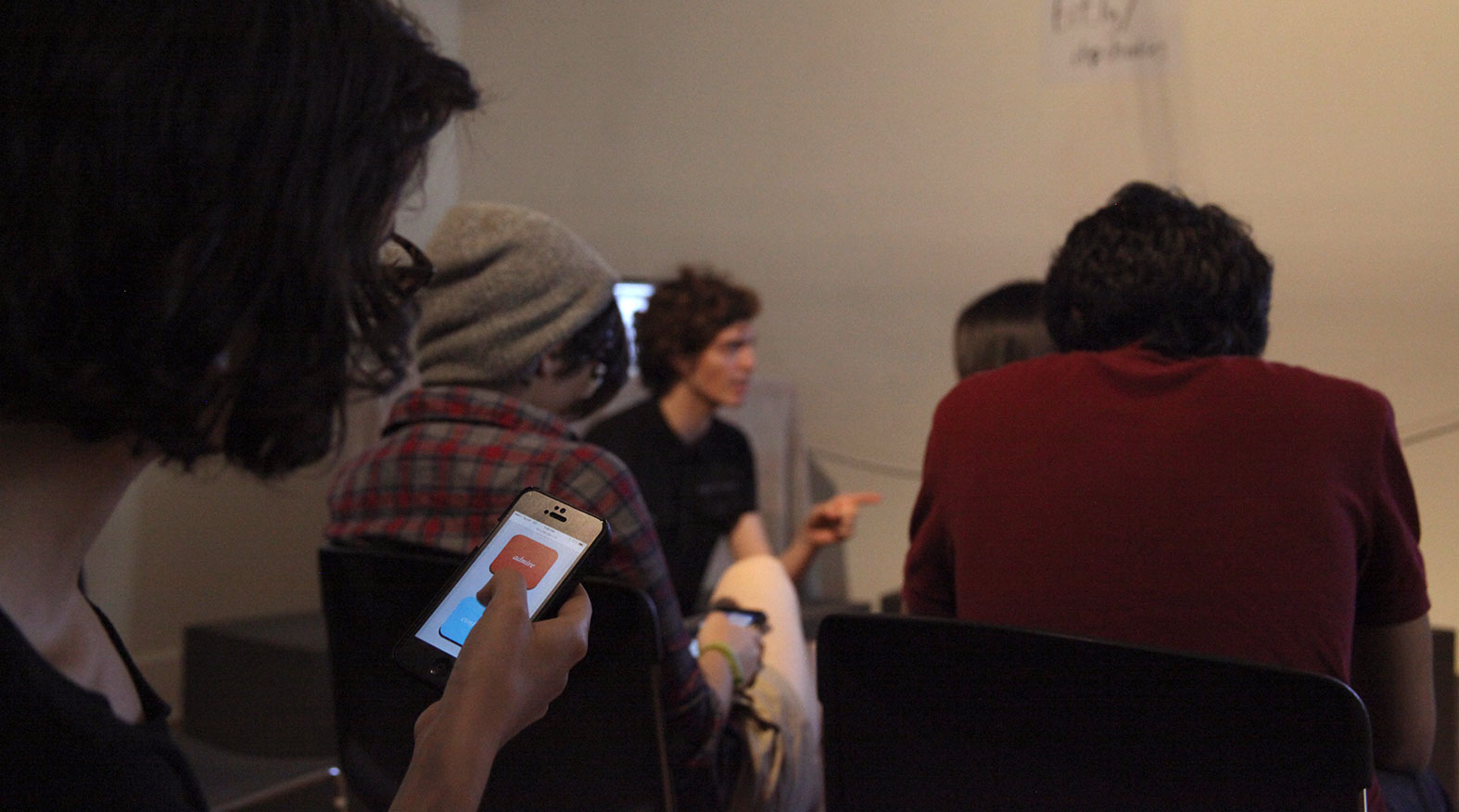 Inspired by the popular Twitch Plays Pokemon, in this interactive take on Shakespeare’s Hamlet, the audience votes continuously on Hamlet’s actions throughout the course of the play.

We built a voting system where the audience are prompted to vote via a mobile phone that gives pairs of choices timed throughout the performance. The voting prompts are brief and simple in order to keep the audience focused more on the performance than on their phones. A moderator controls the timing of new prompts. A big screen displays the winning choice and the next pair of choices to select from. And two small screens displaying the winning choice are placed on both sides of the stage to direct the actors.


Work in collaboration with Eric Finnegan and Marc Abbey.

We worked with actors Soomin Chun and Ulysses Popple for play testing and our first show. They informed us the acting practice of using a list of action words during rehearsals to trigger different emotions in scenes. Since this was something actors were already familiar with, we ended up using this method to determine a long list of action words that the audience can choose from. Erin made various paper prototypes to practice with the actors. 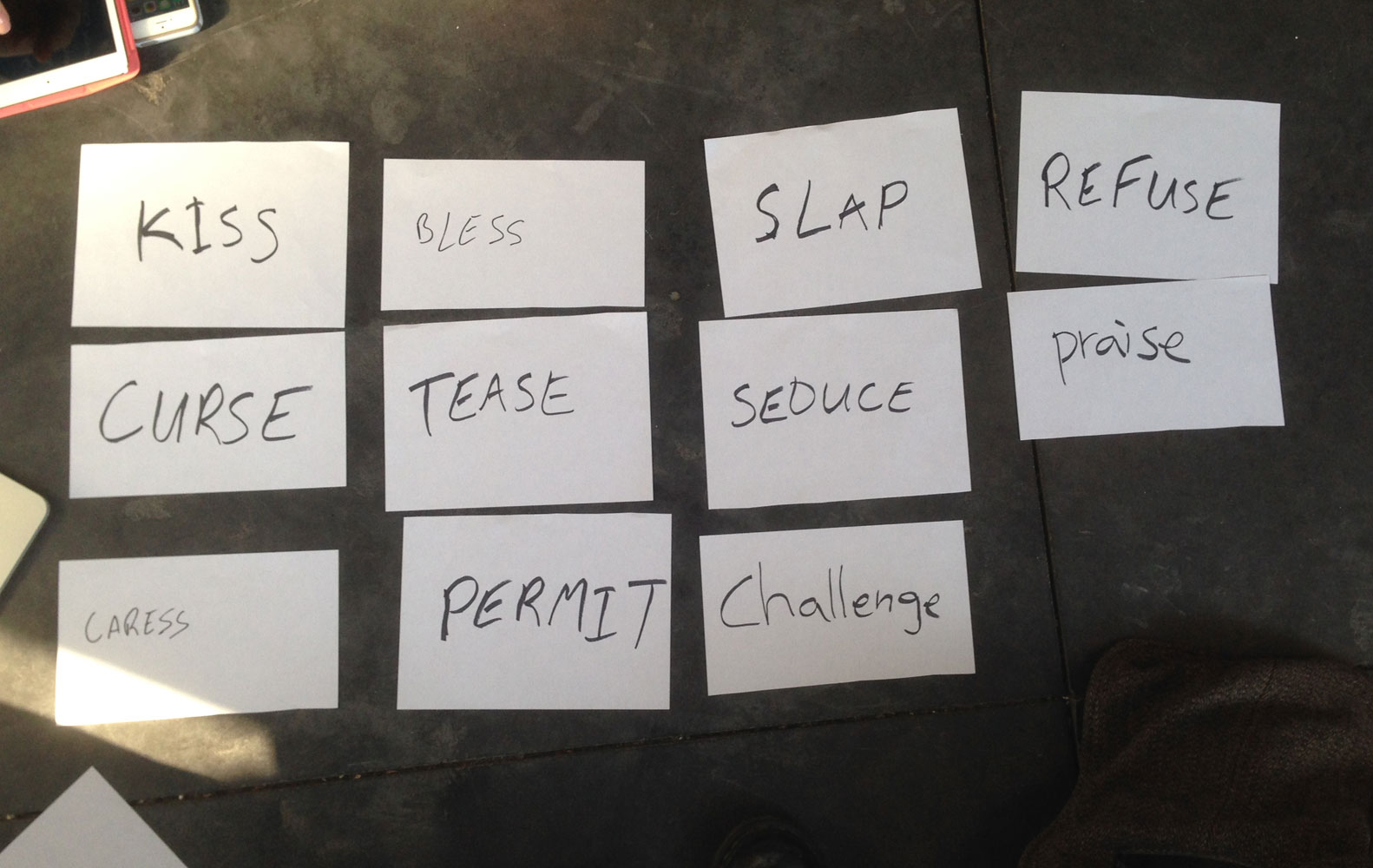 How everything worked together

All devices were connected to a server where lists of action words were stored. The moderator uses the admin panel to trigger new pair of choices. The audience's phones are served with the new choices and they make their selection. The next time the moderator triggers a new choice, the winning choice (majority vote) is dislayed on all devices. 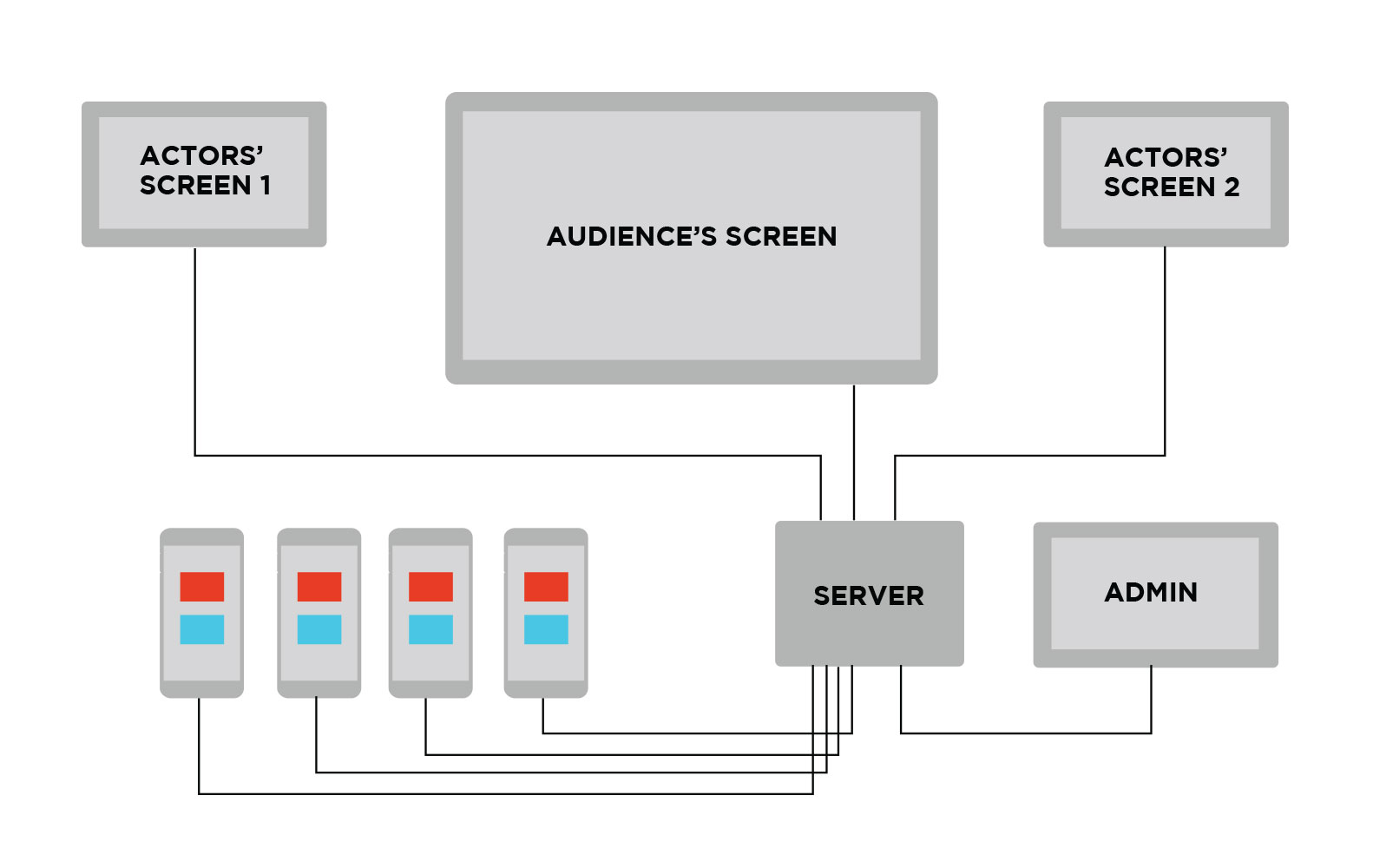 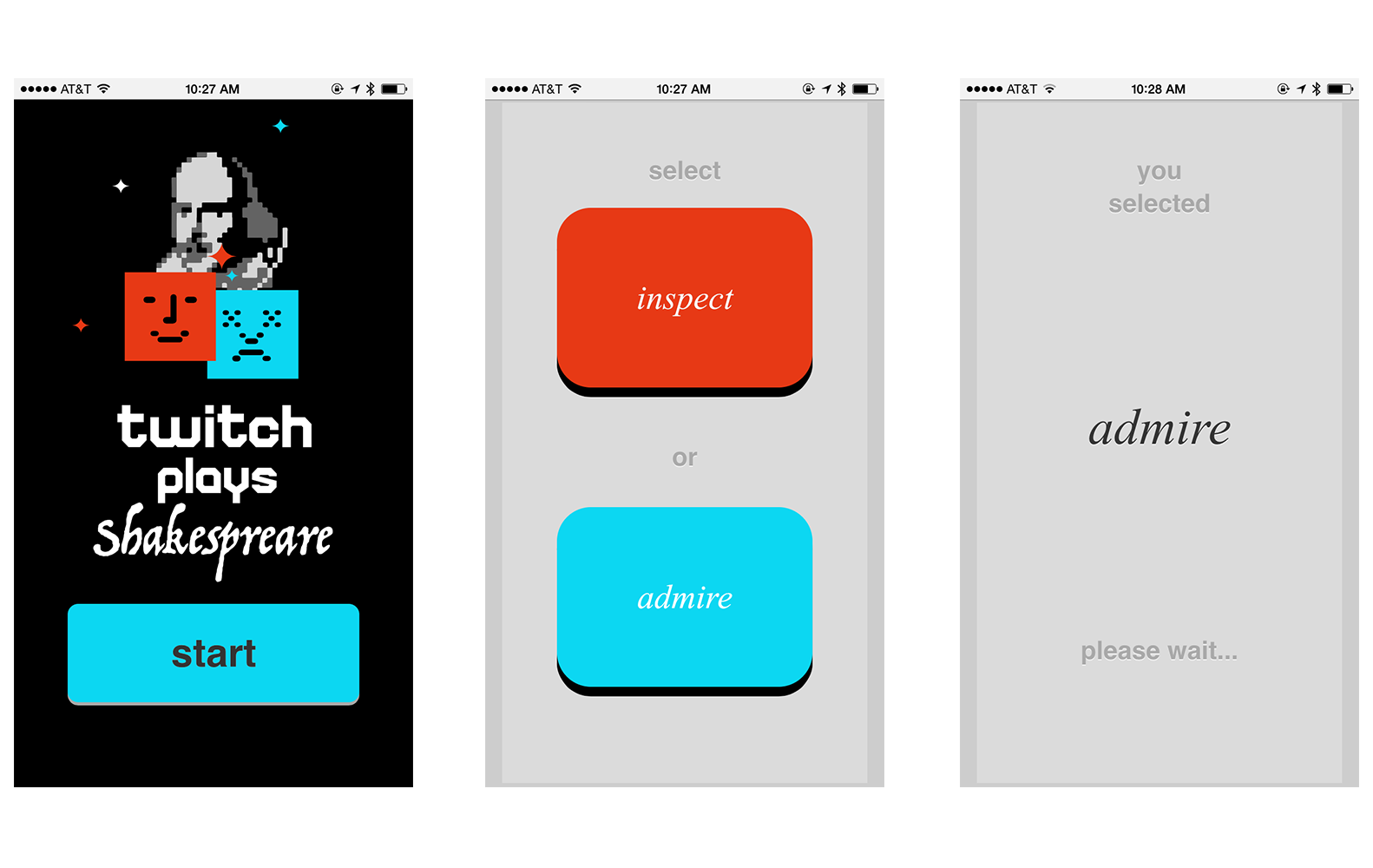