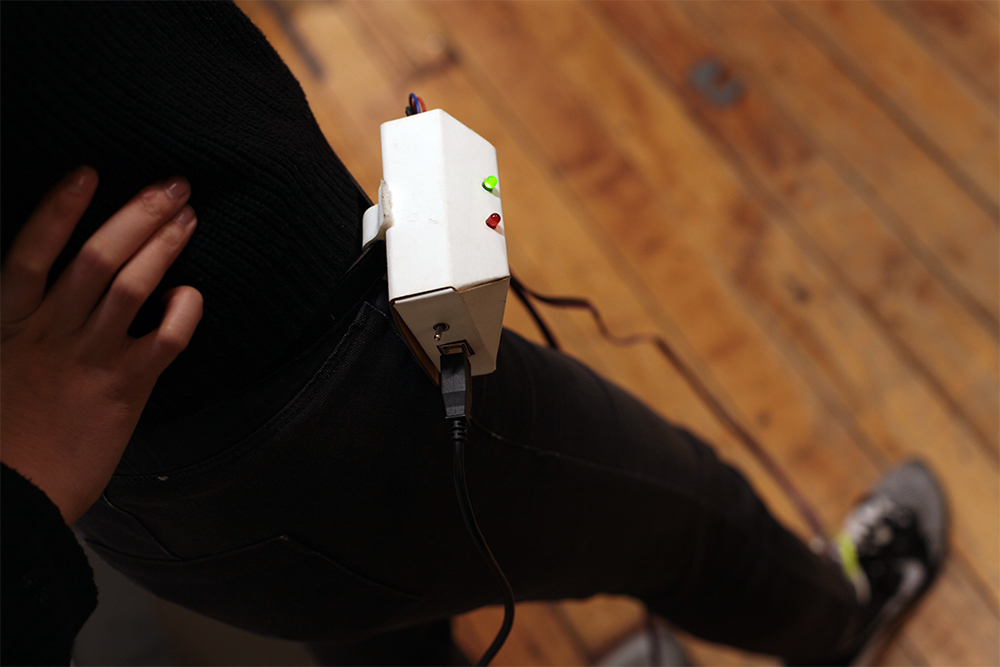 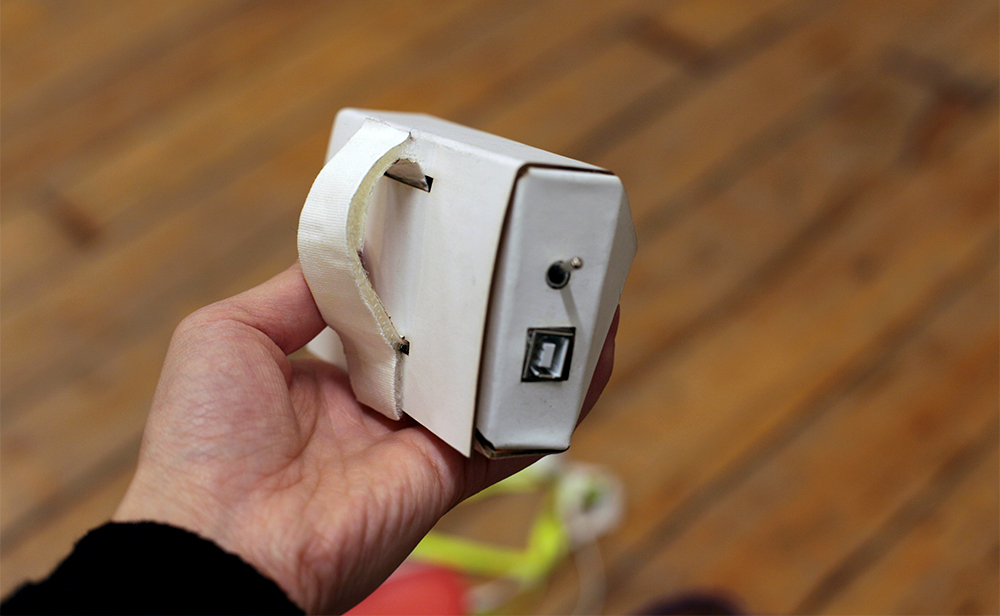 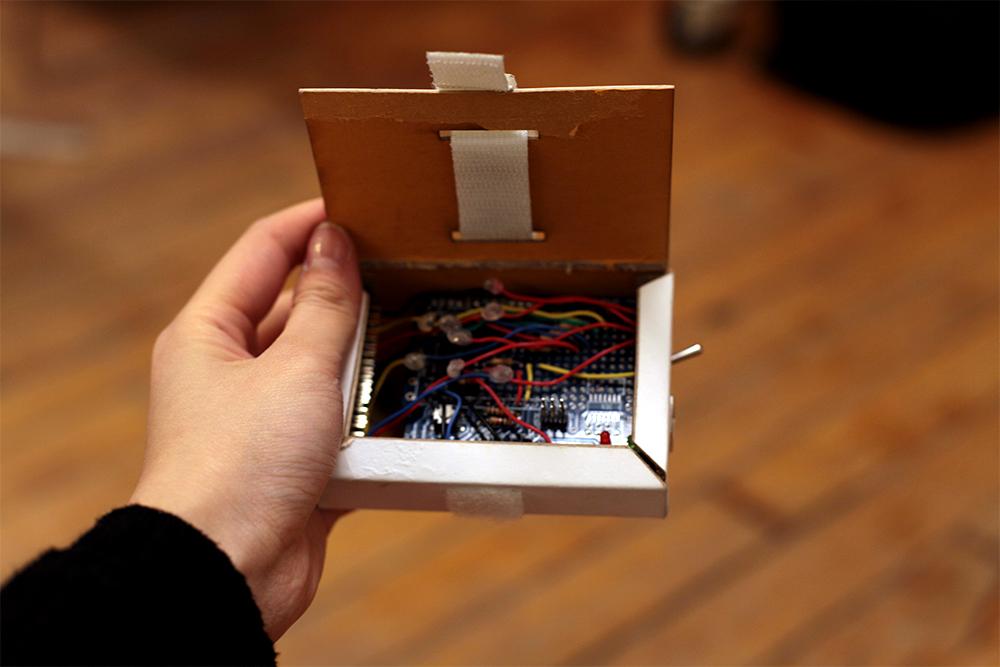 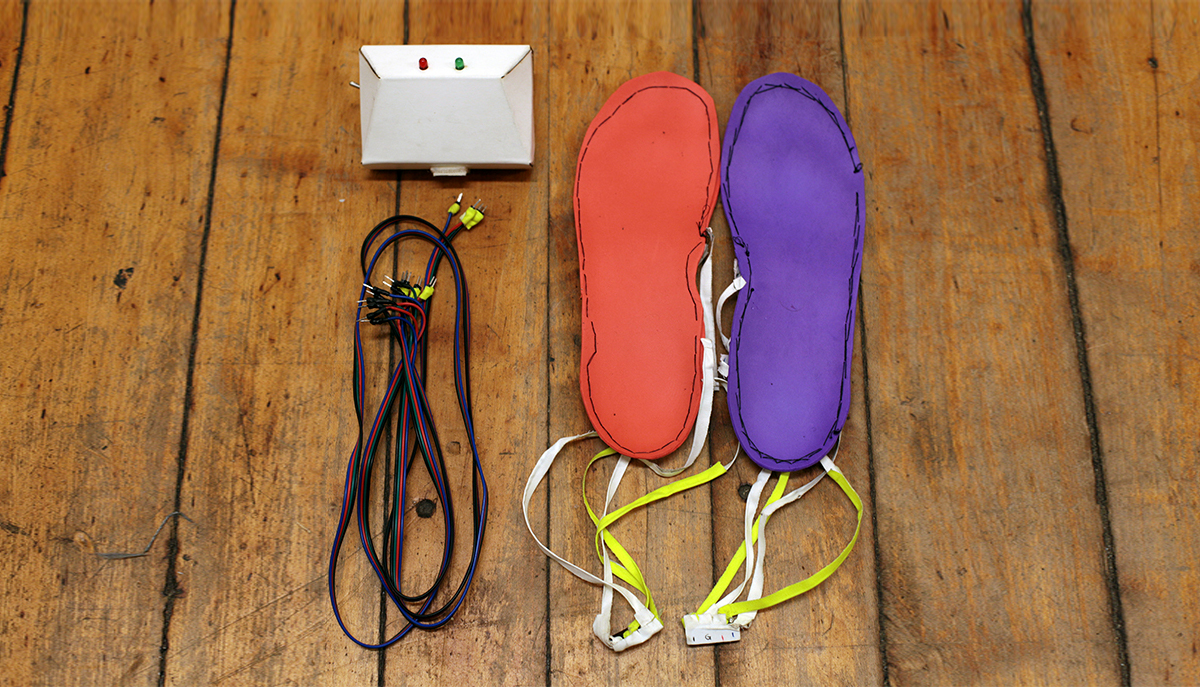 Bit Bit Dance is a dance battle game controlled by custom made shoe sole sensors. Taking 8 bit music and graphics, I created a dancing character for each of the two players. The players control the characters by dancing, earning bitcoins for every move they make. When the time is up, the amount of bitcoins collected by each player is counted.

The shoe soles also allows the players to pause, stop or start the game. The controllers are connected to an enclosed Arduino. The case provide visual feedback everytime the player steps on a sole, lighting up a red or green LED.

Left heel up, left heel down, right heel up, right heel down each controls one of the character’s movement and each creates a different sound effect. Right heel pressed for a sustained period of time starts the background music and starts the timer. Left heel pressed for a sustained periord of time pauses the background music. Two LEDs attached the controller signals which foot is down or pressed, providing direct feedback to the player or observer. 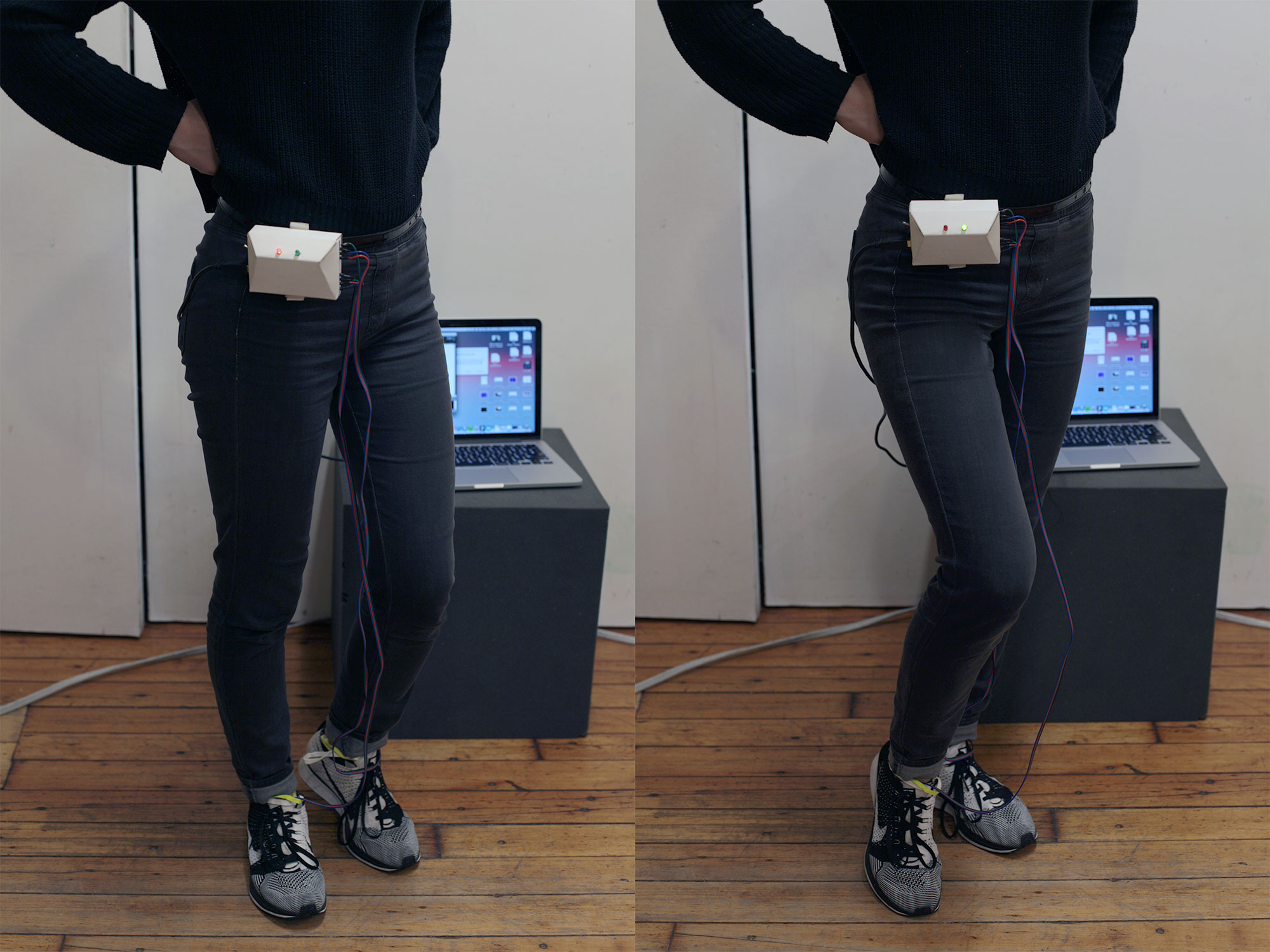 To easily connect and disconnect the wires to the shoe sole sensors, I soldered female pins to the conductive thread. When exposed, the Arduino and circuit would frequently get disconnected, especially when the player move and the wires would tug and pull. So I made the circuitry more compact and secure by soldering everything onto an Arduino proto shield. Each sole contains two sensor areas, the front and the heel. They are separated so that two independent values can be read for the front and the heel. 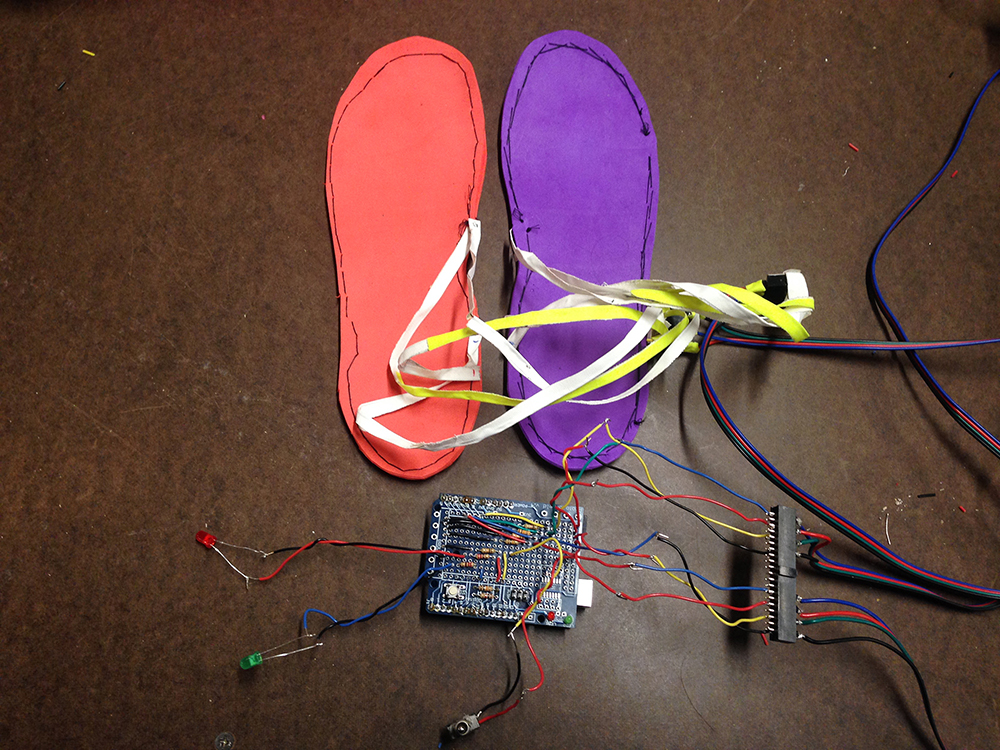 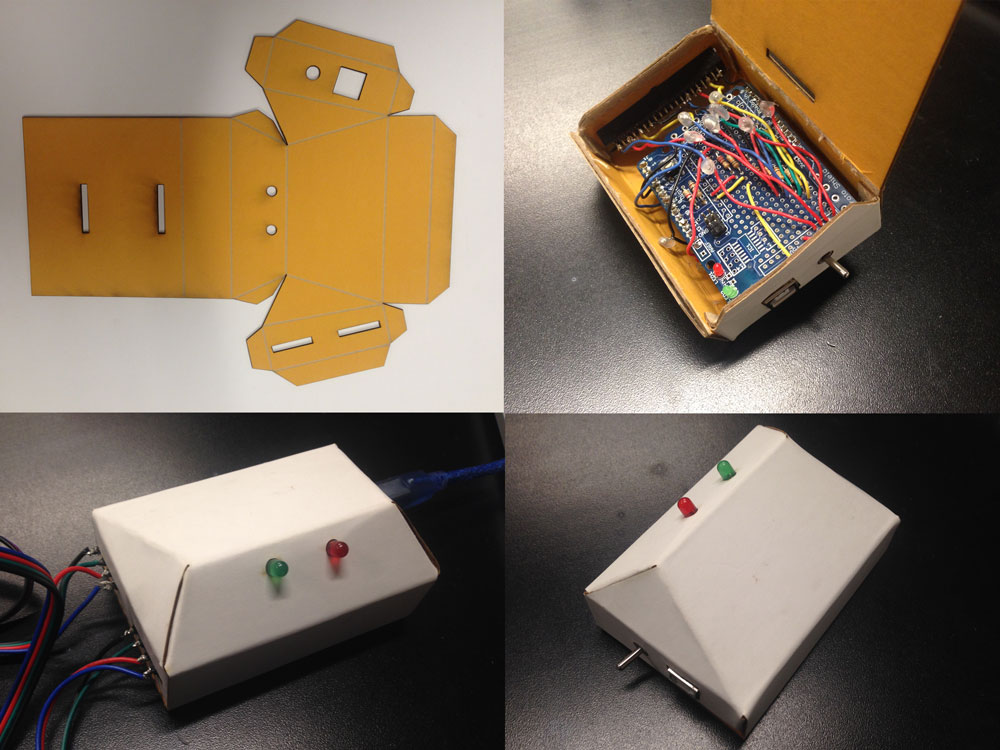 Before programming the game to take inputs from the controller, I tested the sensitivity of the sole sensors by reading number values and trying it on another game. 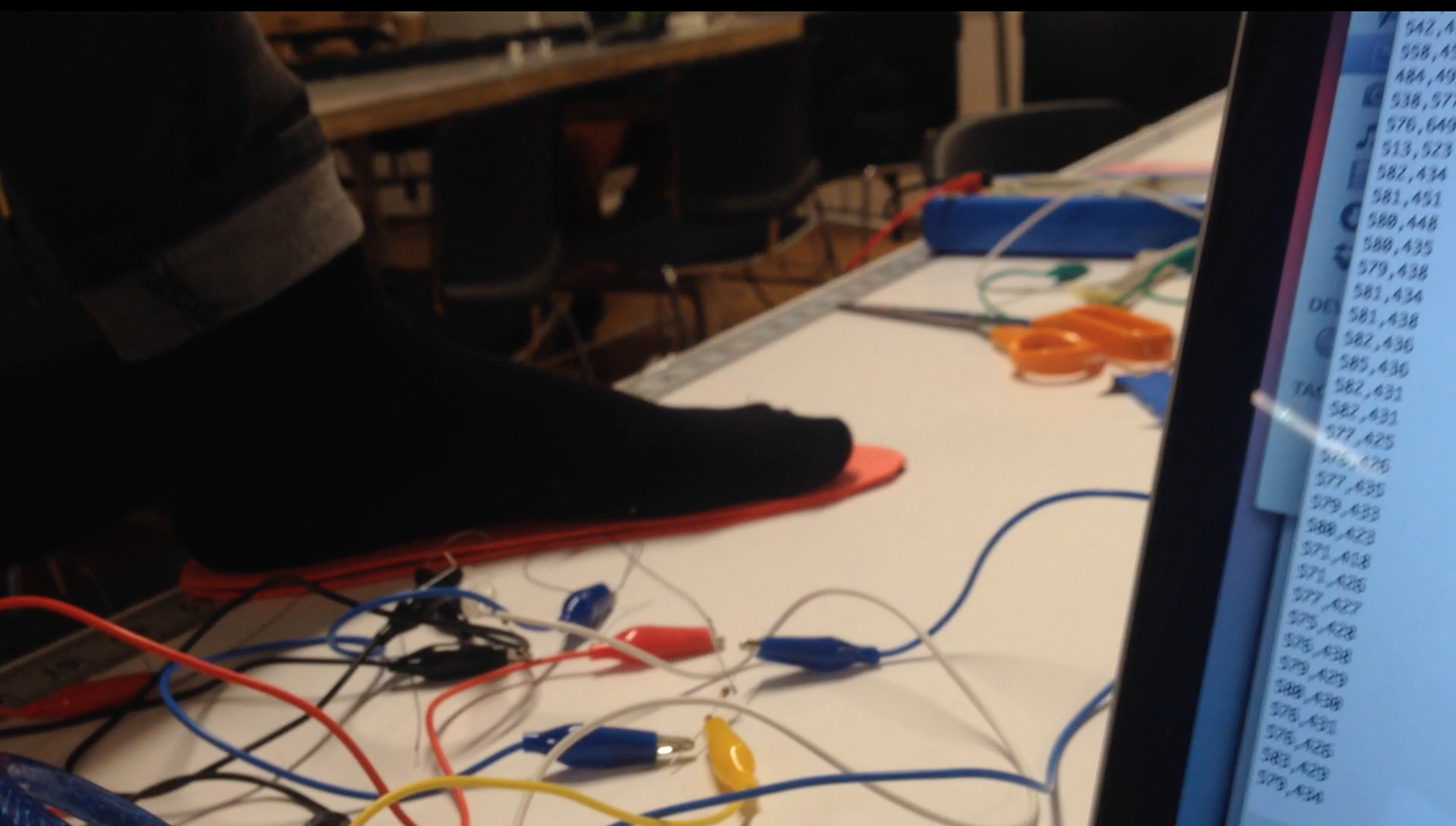